Endometrial Thickness – What You Need To Know Your body prepares the endometrium to host an embryo, each month, during your menstrual cycle. During this process, the endometrial thickness increases or decreases.

Two major hormones, estrogen and progesterone, cause these cycles of endometrial growth along with its shedding through menstruation if pregnancy does not occur. Let’s take a detailed look at how much thickness is normal.

The normal thickness of the endometrium changes throughout a person’s life, from childhood, sexual maturity, fertile years, to menopause and after.

In young females who haven’t begun menstruating yet, the endometrium though present, is in its smallest size.

According to research, the thinnest thickness of the endometrium is between 2 to 4 mm, which is during menstruation.

The first half of the proliferative phase starts around the time between the end of one menstrual cycle, when the bleeding stops, before ovulation, or between day 6 and 14 of the cycle. The endometrium starts to get thicker and measures between 5 and 7 mm during this phase.

As the cycle moves towards ovulation, it grows thicker till 11 mm. Once the cycle has reached the 14th day, hormones trigger the release of an egg. During this secretory phase, endometrial thickness reaches its maximum, which is up to 16 mm.

Endometrial thickness is essential in pregnancy and is observed that it is neither too thin nor too thick for a healthy and full-term pregnancy. This also makes room for the embryo to implant successfully and get the nutrition it requires. As the woman advances in pregnancy, the thickness increases accordingly.

For a person who’s in the menopause stage, the endometrial thickness essentially measures roughly 5 mm or less.

How Is Endometrial Thickness Measured?

The most common method used to measure the thickness of the endometrium is by doing an ultrasound. Healthcare providers use this first, particularly if an individual goes to them with abnormal vaginal bleeding.

When ultrasound does not suit, which usually happens due to the position of the person’s uterus or other health issues, MRI is used.

What Are The Symptoms?

Some of the common signs of excessive thickness that you can observe:

What Are The Treatments?

The treatments for over thickness of endometrium include progestin which is a female hormone that prevents hysterectomy and ovulation.

According to studies, the progress of the pregnancy is slow or difficult when the endometrial thickness readings are low.

The treatments for a thin endometrium include:

However, research shows that these treatments may not always be effective. Hence, you can consult with your fertility specialist to know how to go about if the treatment does not work and take a decision.

When Should You Visit Your Doctor?

You should visit your doctor if you notice abnormal vaginal bleeding, which can include:

For those who experience pelvic pain and do not know the cause should visit their doctor and ensure that it is not a sign of endometrial cancer. Other symptoms to look out for are a feeling of fullness even if you did not eat much and bloating. 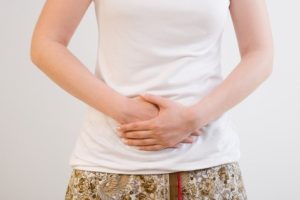 Your Period? It’s Key to Your Fertility