How OASIS Helped Me Fight PCOS To Get Pregnant? Being a woman, one of the conditions that we fear is PCOS or PCOD, short for Polycystic Ovary Syndrome or Disorder. And, I happened to be a victim of it. I was diagnosed with this condition when I visited my general physician due to highly irregular periods or no periods for a few months altogether. The doctor then explained my condition to me, saying that there are multiple cysts in my ovaries, which hinder the maturation of eggs; hence, ovulation does not take place. Because there was no ovulation, my estrogen, FSH, LH, and progesterone levels are altered. While progesterone and estrogen levels are low, androgen levels were high. Because of the high male hormone levels, my menstrual cycle got disrupted and led to few periods only.

I want to tell you the symptoms that I faced while being diagnosed with PCOD so that you can detect the condition early and consult with your doctor.

Irregular Menstrual Cycle: My menstrual cycle was either irregular or absent for the most part of the year.

Difficulty Getting Pregnant: I was trying to get pregnant and was not able to as I had PCOS.

Excessive Hair Growth: I started noticing a lot of hair growing on my face and other parts on the body. Excessive growth of hair is medically termed as Hirsutism. Because I had PCOS, there was excess production of male hormones or androgen due to which there was a growth of hair.

Weight Gain: PCOS has caused insulin resistance and effected my body’s metabolism rate. Due to this, I started putting on weight very fast.

Anxiety/Depression: Compared to other women around me, I started feeling depressed over even the smallest of the things and felt anxious most of the time. This is because of the imbalance of hormones, which resulted in anxiety and depression.

The part that saddened me the most was this all happened when my husband and I were trying to conceive. I explained the same to my general physician, and she suggested me to consult with OASIS, which is an expert in treating all types of fertility-related conditions.

Without thinking further, as it was already little over a year, my husband and I went to the OASIS center. We were treated very well there by the staff and the doctor we consulted with was very much willing to listen and understand our condition. She then explained to us the various treatments that were available at OASIS. I will give you a brief of them here so that you are aware of treatment options and not think that you will not be able to conceive if you are planning to.

If fertility medicine doesn’t work, then ovarian drilling will be the next therapeutic option. What happens during this procedure is that the cysts that come up around the ovary are punctured, which reduces male hormones in the body. Eventually, this will help regulate the menstrual cycle.

In-Vitro Fertilization (IVF) or Intrauterine Insemination (IUI) is a part of Assisted Reproductive Techniques (ART) which help in the couple getting pregnant. Because we were trying to conceive, we decided to go with this treatment option. We chose this treatment procedure as pregnancy rates with IVF in PCOS were very high. However, there was a risk of Ovarian Hyperstimulation (OHSS) which, in the case occurred, IVM (In-Vitro Maturation) with the natural cycle of IVF would be done.

Further, the nutritionist at OASIS helped me manage the weight gain symptom that I was having and prescribed a few medicines as well as diet plan to reduce my weight. She educated me on the fact that even a 10 percent reduction in my weight would trigger a regular period cycle.

After the completion of the IVF treatment at OASIS, I was able to fight PCOS and also became pregnant due to the highly effective treatment.

My husband and I are very thankful to the team at OASIS, who showed great care and helped us fulfill our dream of living the parent life. 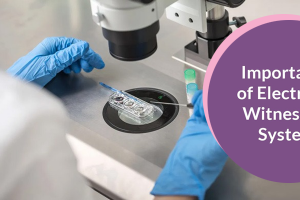 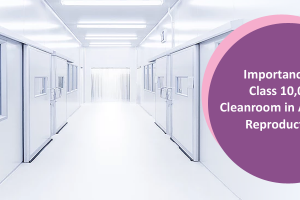