Chances of having twins of multiples through IUI

The procedure of IUI is not what causes the increased chances of having multiples. The drugs that prepare the mother for the procedure might be the reason. Drugs like Clomiphene citrate and letrozole are prescribed to stimulate ovulation. These drugs are given to help the woman produce more eggs to ensure that at least one of these would fertilize and lead to a successful pregnancy. If more than one egg is released and fertilized and implanted, it may lead to multiple gestations. Gonadotropins like the follicle-stimulating hormone can also result in twins or multiples.

Chances of multiples through IVF

While drugs also play an important part in increasing the odds of having multiples through IVF, it is the number of embryos that are transferred that determines the chances of having multiples. When two or more embryos are transferred and implanted, they will lead to pregnancy with fraternal twins. Even if a single embryo is transferred, it can split into two and grow as identical twins. The chances of the latter happening are too little.

Risks of carrying multiples in a pregnancy

Carrying multiples in pregnancy can be risky irrespective of if they were conceived naturally or via fertility treatments. The risks associated with multiples in pregnancy include low birth weight, premature birth, spontaneous abortion, stillbirth, preeclampsia, and placenta previa. The babies born as multiples also risk having birth defects and cerebral palsy though it is seen rarely. These risks are much higher for multiples than singletons born through fertility treatments. If the baby is premature or has a low birth weight, it can lead to a set of other health risks. The risks also depend on the background biology of the parents.

Is single embryo transfer the best way to avoid the risks?

Talk to your Oasis Fertility Specialist to know more about the chances and risks of having multiple pregnancies. 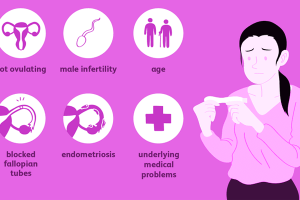