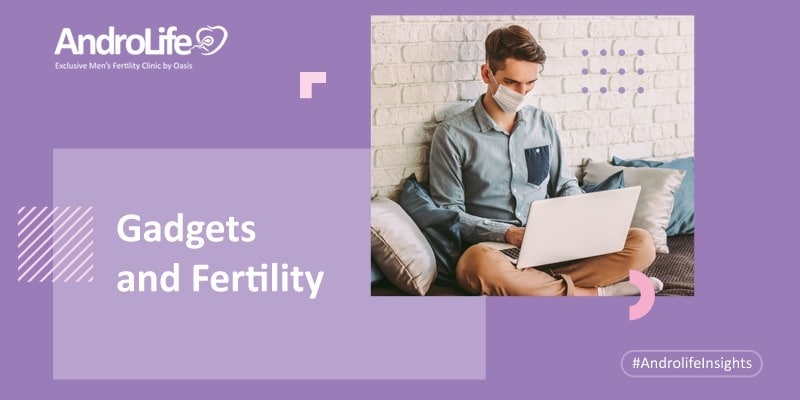 Modern technology has made our lives easy and comfortable. Portable devices and gadgets are gifts of the technological advancements that we are so used to that we can no longer imagine our lives without them. But did you know that these gadgets also bring harm to our bodies in many ways? Some studies prove that gadgets like cell phones and laptops affect everything from our sleep to our behavioural patterns.

In the past couple of decades, the world has seen a constant decline in fertility. Many experts say that the gadgets and devices that surround us are to be blamed partly for the rise in infertility. Here, we shall discuss some of the most used gadgets that are found to be detrimental to reproductive health in humans.

Cell Phones
Almost everyone owns at least one cell phone these days. They have made landline phones useless due to the ease of use and comfort. But these cell phones are connected to cellular towers that work on networks like 3G and 4G. Cell phones and towers emit electromagnetic radiation that can affect fertility negatively. Cellphones are known to emit radiofrequency (a form of electromagnetic radiation) that ranges between 825 MHz and 915 MHz. This radiation can heat tissue like the microwaves work to heat food. The radiation caused by cellphones can thus damage the DNA of the sperms and cause damage to the chromosomes.

Cordless Phones
Cordless phones emit twice the amount of radiofrequency radiation as compared to cell phones. Studies show that the base station of a cordless phone can emit up to 6 Volts per meter which is approximately 50 times the safe levels declared by the scientists. Thankfully, the use of cordless phones has declined drastically in the past few years.

WiFi and Bluetooth
The wireless gadgets that work on Bluetooth and WiFi all are known to emit radiations similar to that of cell phones. While there is not much information on the long-term effects of these wireless technology, scientists believe that the ill effects may be similar to those produced by cell phones. It is to be noted that though WiFi and Bluetooth produce similar radiations, they are much weaker than those produced by cellphones and thus can be less risky.

While the new laptops produce non-ionizing radiation which is less harmful than electromagnetic radiation, the WiFi, Bluetooth, and cell phones that are used with the laptops do produce the harmful radiation.

Protective measures while using gadgets
Today, technology and these gadgets are so intricately woven into our lives that we just cannot escape them. But we can surely take up some measures to protect ourselves from the ill-effects of these gadgets.

Cellphones have become inevitable these days. The first thing to do would be to reduce the use of the cellphones as much as practically possible. Men must try not to place their cellphones in the pockets of their pants to prevent damage to the sperms. To prevent harm from heat-producing gadgets like laptops and tablets, use them with a stand or a table. At the very least, a barrier should be placed between the laptop and the body.

Modern gadgets like cellphones and laptops are here to stay and life without them may seem unimaginable to us. Realizing that they have the potential to harm your chances of having a baby is important. Judicious and prudent use of these gadgets can ensure that your dreams of a family are not affected by them. If you want to know more about the effects of gadgets on fertility, feel free to talk to fertility experts at Oasis Fertility.