Infertility can be caused due to many reasons. It could be due to hormonal imbalance leading to menstrual cycle disorders, lifestyle choices, obesity, endometriosis, tubal factors, uterine fibroids, polycystic ovarian syndrome, poor ovarian reserve, etc. Only when the diagnosis of infertility is done properly, appropriate treatment can be done. Let us get to know in detail about the causes and the treatment options for poor ovarian reserve.

What is Poor Ovarian Reserve?

Poor ovarian reserve is becoming an increasingly predominant reason for infertility in women. Approximately 10% of women going through infertility treatment have poor ovarian reserve though the numbers may be higher considering that many women don’t get tested for infertility. Ovarian reserve is the number of eggs a woman is born with. A woman’s chance of pregnancy is affected if diagnosed with poor ovarian reserve. A girl child is born with all the eggs that she would ever produce. But the number of eggs keeps declining as the girl grows. According to an NCBI study, usually healthy female possesses ~400,000 primordial follicles at the beginning of puberty, each of which contains an immature ovum. Of these, only 300 to 400 follicles reach maturity during the reproductive life span of an adult female. The rest of the follicles are lost due to apoptosis. When the woman hits 30, her fertility starts decreasing. The decline in fertility is much earlier in Asian women than in Caucasians. We are increasingly seeing young women also having a poor ovarian reserve. The quality and quantity of eggs get severely affected after the age of 35 and this could also result in eggs that have chromosomal abnormalities, reduced ability to give good blastocysts, increased risk of miscarriage, etc. Even if your ovarian reserve has declined, various treatment options are available that can help you in achieving motherhood. Do not lose hope!

Blood tests are done to check the levels of FSH (Follicle Stimulating Hormone), Estradiol (E2), and AMH (anti-Mullerian hormone). AMH is the best marker to identify poor ovarian reserve as these women have low AMH levels.

This is a transvaginal ultrasound examination done on the 2/3 day of the menstrual cycle in which one can get to know the number and size of follicles in both ovaries. Women with poor ovarian reserve have less than 5 antral follicles.

1. Preconceptional counseling and investigation in couples wishing to postpone pregnancy

2. Obesity can be a cause of poor ovarian response and hence lifestyle management is beneficial

3. Care should be taken to conserve the ovarian cortex and blood supply during pelvic surgery

5. If women wish to postpone childbearing due to some reasons and if they are detected with poor ovarian reserve, they can opt for freezing their eggs/embryos which can be used for conceiving later

Women with a poor ovarian reserve can achieve motherhood with advanced fertility treatments. It is highly important to consult a fertility specialist if you have problems in conceiving. 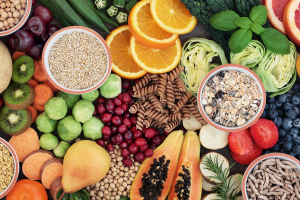